Douglas Kondziolka, MD, of NYU Langone Medical Center describes radiosurgery dose selection based on cellular imaging and how radiosurgery may move forward into the future. He begins by discussing how choosing the dose for radiosurgery is dependent on crude metrics like tumor type, location, volume and other therapies, despite being a high precision treatment. In a 2 year study of 43 select patients, Dr. Kondziolka and team attempted to introduce a quantitative MRI approach to SRS treatment planning and post treatment follow-up. He goes into detail about the patient group and study itself by using case examples and discussing the specific approaches. 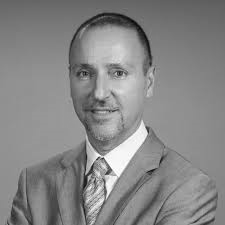 He joined the faculty of the Department of Neurological Surgery at the University of Pittsburgh in January 1992 and later was named Chief of Stereotactic and Functional Neurosurgery. His laboratory and clinical research in stereotactic radiosurgery spans the breadth of indications including benign and malignant tumors, vascular malformations and functional disorders.

In November 2012, Dr. Kondziolka joined the neurosurgery faculty at New York University as Professor and Vice-Chair for Clinical Research. He launched the first global registry platform for neurosurgery that focused initially on the broad array of radiosurgical indications. A current research focus is on metabolic and vascular effects of brain tumor radiosurgery using novel neuroimaging techniques.

He is a past President of the American Society for Stereotactic and Functional Neurosurgery, and Past-President of the International Stereotactic Radiosurgery Society. In 2006-2007, he served as President of the Congress of Neurological Surgeons. He served as neurosurgeon for the Pittsburgh Penguins of the National Hockey League from 2002-2012. He served as co-chair of the editorial board of the Journal of Neurosurgery (2008-2013) and is now Associate Editor. He serves on the board of the Neuropoint Alliance. In 2014 he became a Director of the American Board of Neurological Surgery and is current Chair of the Oral Examination Committee. He has been a visiting professor at the top institutions in the United States and Canada, and has lectured extensively across the world.